Many people go to their doctor’s office complaining of vague low back, buttocks or groin pain. This usually leads to X-rays of the back and hips. On many occasions, those imaging studies are interpreted by the clinician as unremarkable and the patient is told that nothing can be done for the pain. This can lead to chronic discomfort and frustration.

These patients may be surprised that their ailment is actually non-arthritic hip pain.

We are now familiar with a condition called femoroacetabular impingement, or FAI, a mechanical impingement of the femoral head into the acetabular socket. Orthopedic surgeons have discovered that many patients who present with the previously described pain go on to develop characteristic hip joint abnormalities which may eventually lead to arthritis and a hip replacement at a relatively young age 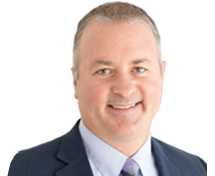